Alghero, where history and art meet

A stone's throw from here 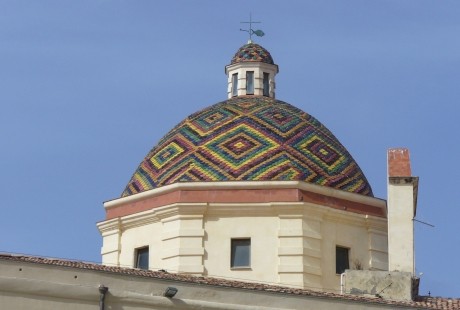 Alghero is a picturesque town on the famous Riviera del Corallo (Coral Riviera), on the north-western coast of Sardinia.

Its architecture and history make it a fascinating and evocative place.

Along the ancient ramparts, and from a terrace with a privileged view of the sea, you can admire the spectacular sunsets and the majestic promontory of Capo Caccia.

In the historic centre, a maze of alleys leads to squares and defensive towers such as Torre Garibaldi, Torre di Sant'Erasmo, Torre San Giacomo, Torre del Sperone (better known as the Torre di Sulis) and the Torre di San Giovanni.

Entering the heart of the old town, one can admire the imposing 14th century Cattedrale di Santa Maria; the Church of San Michele, originally dating from the second half of the 14th century, with its mosaic dome, covered in multi-coloured tiles around 1950; the church of San Francesco with its adjoining two-storey cloister dating back to the 15th century, and numerous other small churches.

The museum circuit comprises four museums: the Civic Museum, the Coral Museum, the Diocesan Museum of Sacred Art and the Museum of Casa Manno.